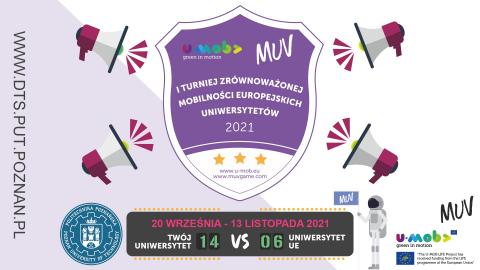 We encourage students, doctoral students and employees as well as supporters to take part in the tournament. The tournament will take place from September 20th until November 13th.

The competition consists of travelling to/from the Poznan University of Technology or another university healthy and environmentally friendly means of transport, that is: on foot, by bike, or by public transport. To participate in the tournament, you need to download and install the application available on the website www.muvgame.com and join Poznan University of Technology’s team.

Then indicate the starting and ending times of the journey in the application. Additional points will be awarded for travelling in adverse weather conditions. The application can be used to indicate all trips etc. by foot, bicycle, and public transport, not only those made to and from the Poznan University of Technology. The top three universities will be awarded prizes (Catálogo-de-premios-Competición-MUV.docx).

The Poznan University of Technology participates in the competition due to the membership in the European Network of Universities for Sustainable Mobility, which was created as a result of the implementation of the European U·MOB project.

More information can be found on the U·MOB website (available in English and Spanish). 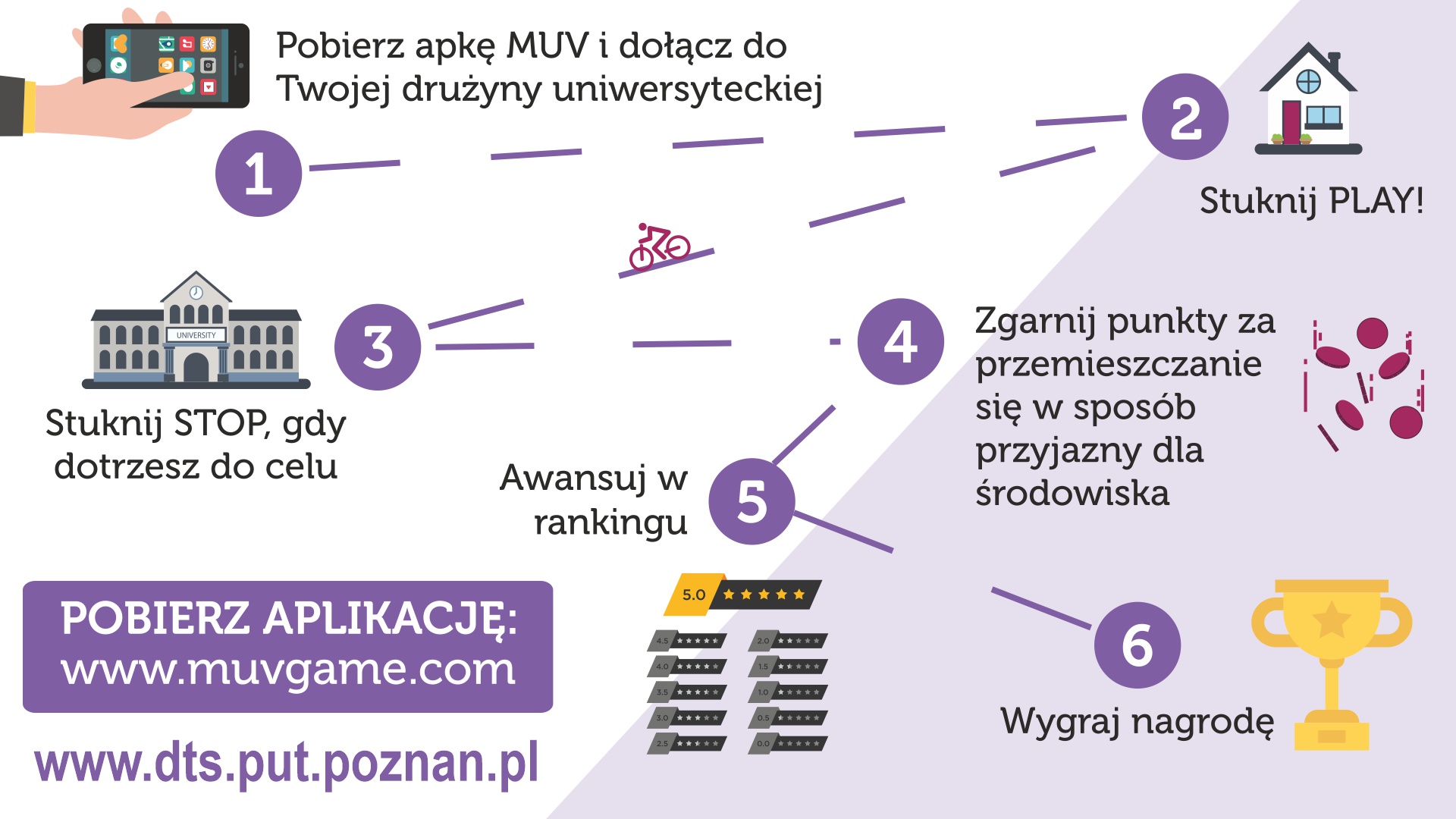 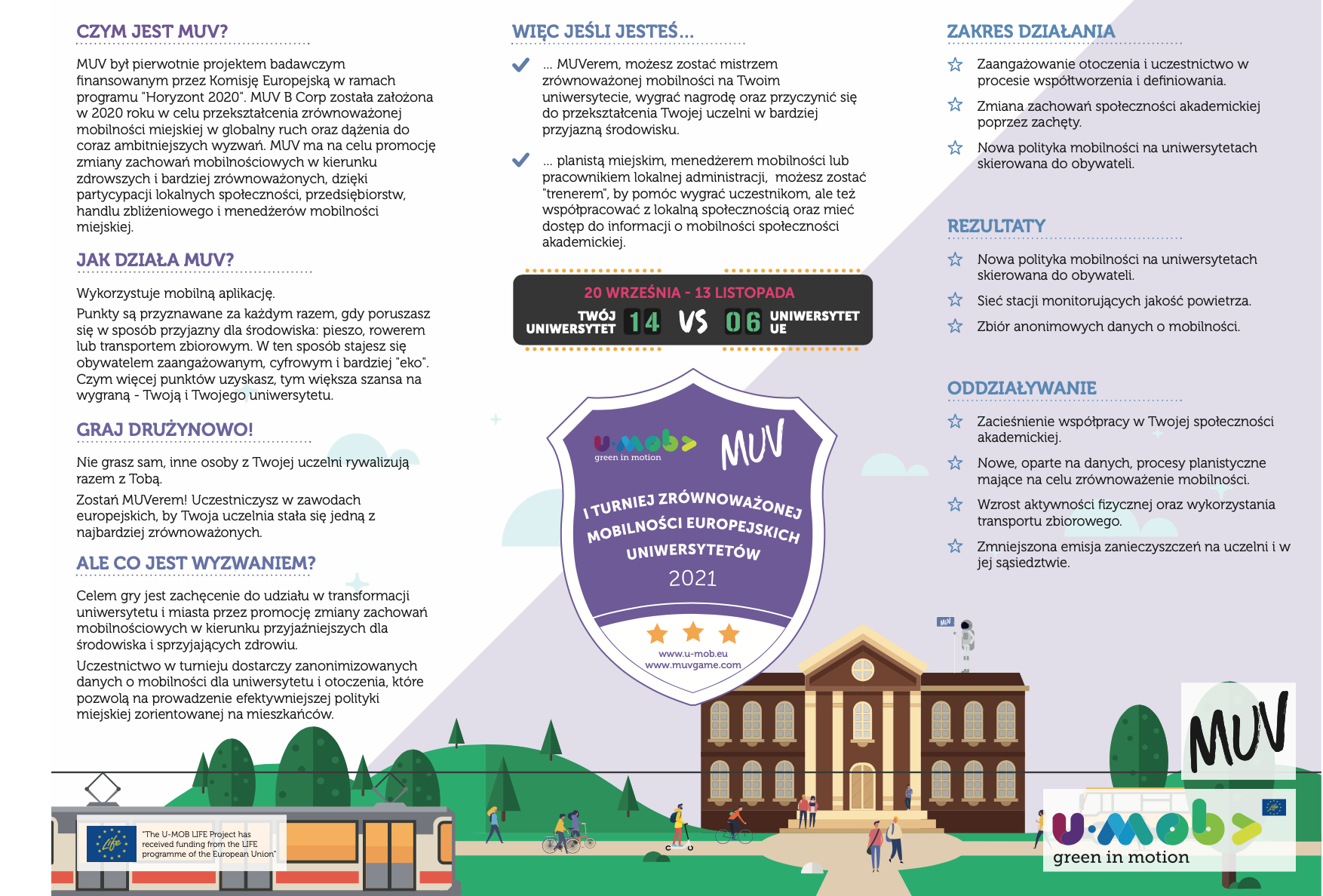 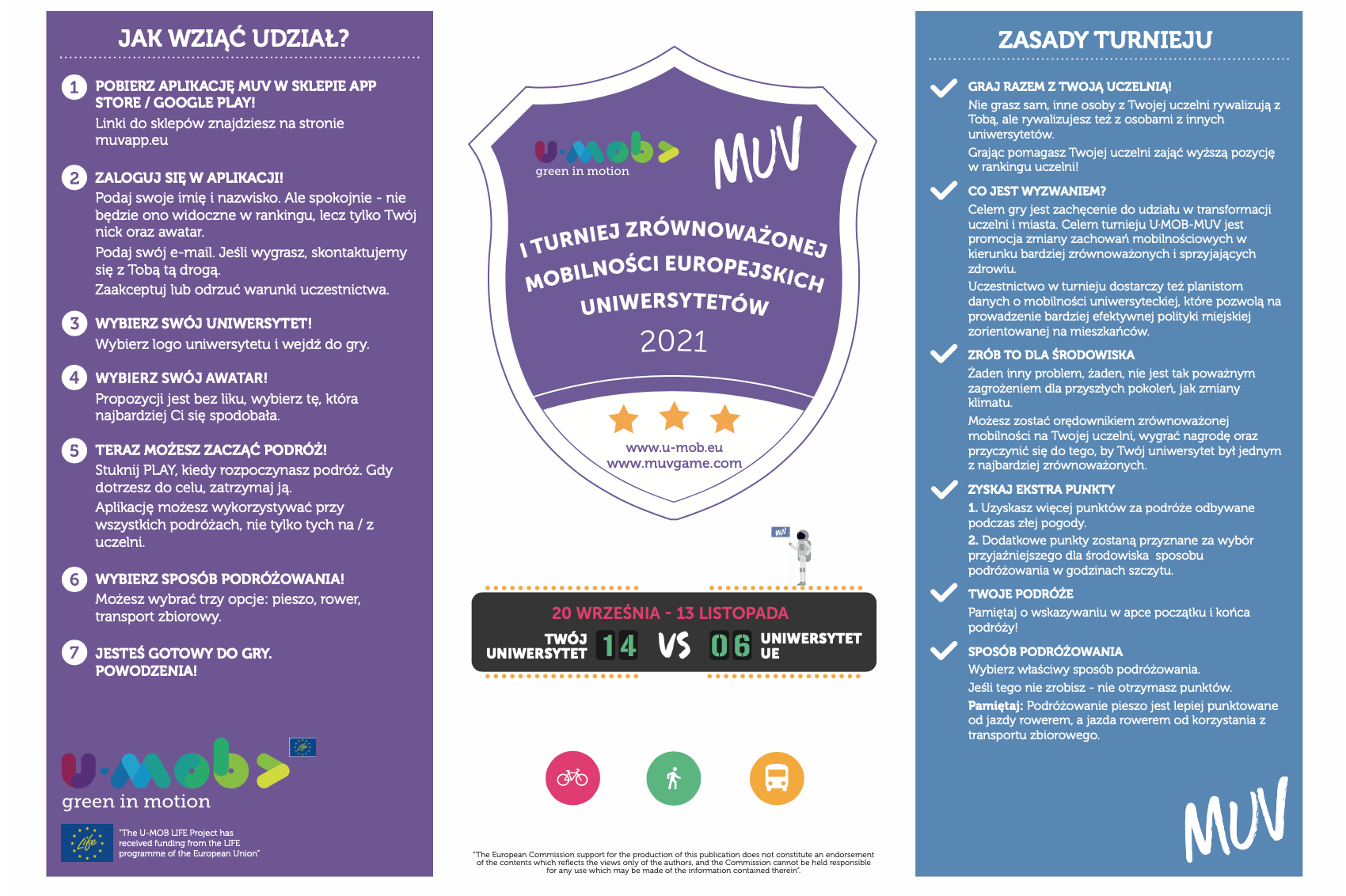