The dignity and insignia of the L'Ordre des Palmes Académiques were granted to professor Roman Słowiński, the academic of the Institute of Computer Science at the Poznan University of Technology, as well as the vice-president of the Polish Academy of Sciences, the Prime Minister of the French Republic. The award ceremony was held at the Embassy of the French Republic in Warsaw. The decorations were made by the French ambassador to Poland, Frédéric Billet. In his speech, the ambassador emphasized the outstanding merits of those honoured in the development of Franco-Polish relations in the academic and scientific fields. Together with prof. Roman Słowiński, the order was also awarded to prof. Jerzy Duszyński, president of the Polish Academy of Sciences.

The Dignity of the L'Ordre des Palmes Académiques is the second rank in the three-tier hierarchy of this award. It is an exceptional circumstance that professors received this decoration without a first degree. The L'Ordre des Palmes Académiques is one of the oldest French civil symbols. It is awarded to outstanding scientists and figures from the world of culture and education. Established in 1808 by Napoleon Bonaparte as an honorary title awarded to distinguished professors of the University of Paris. Established in its present form in 1955. During the ceremony, the Ambassador reminded us that the beginnings of prof. Roman Słowiński with France date back to the 1980s and work at the University of Paris-Dauphine. This cooperation resulted in the birth of the Department of Intelligent Decision Support Systems at the Poznań University of Technology. Prof. Słowiński develops new computer systems that are important for the improvement of management tools through the use of innovative techniques. As a co-promoter, together with French colleagues, he supervises doctoral students preparing their doctoral dissertations in the co-tutelle system.

“Thanks to your commitment, both institutions work perfectly together - you manage the Erasmus + programme, and in 2005-2006 you conducted the PHC Polonium bilateral research project. In addition, for almost ten years you were a professor at the European Chair at the University of Paris-Dauphine, and even received an honorary doctorate from this university. would like to underline that you were also a visiting professor at the Polytechnic University of Tours and at the Ecole Centrale in Paris. I would also like to mention that your activities also cover other French-speaking countries: for example, you have developed scientific and academic cooperation with institutions in Belgium, Switzerland and Canada, and you publish with French and French-speaking co-authors "- emphasized the French ambassador to Poland, Frédéric Billet.

The diplomat added that today, as vice-president of the Polish Academy of Sciences, prof. Roman Słowiński is a close partner of the French embassy, especially the department of scientific and university cooperation, in the implementation of important projects, such as, for example, the competition "My PhD in 180 seconds", addressed to French-speaking doctoral students. 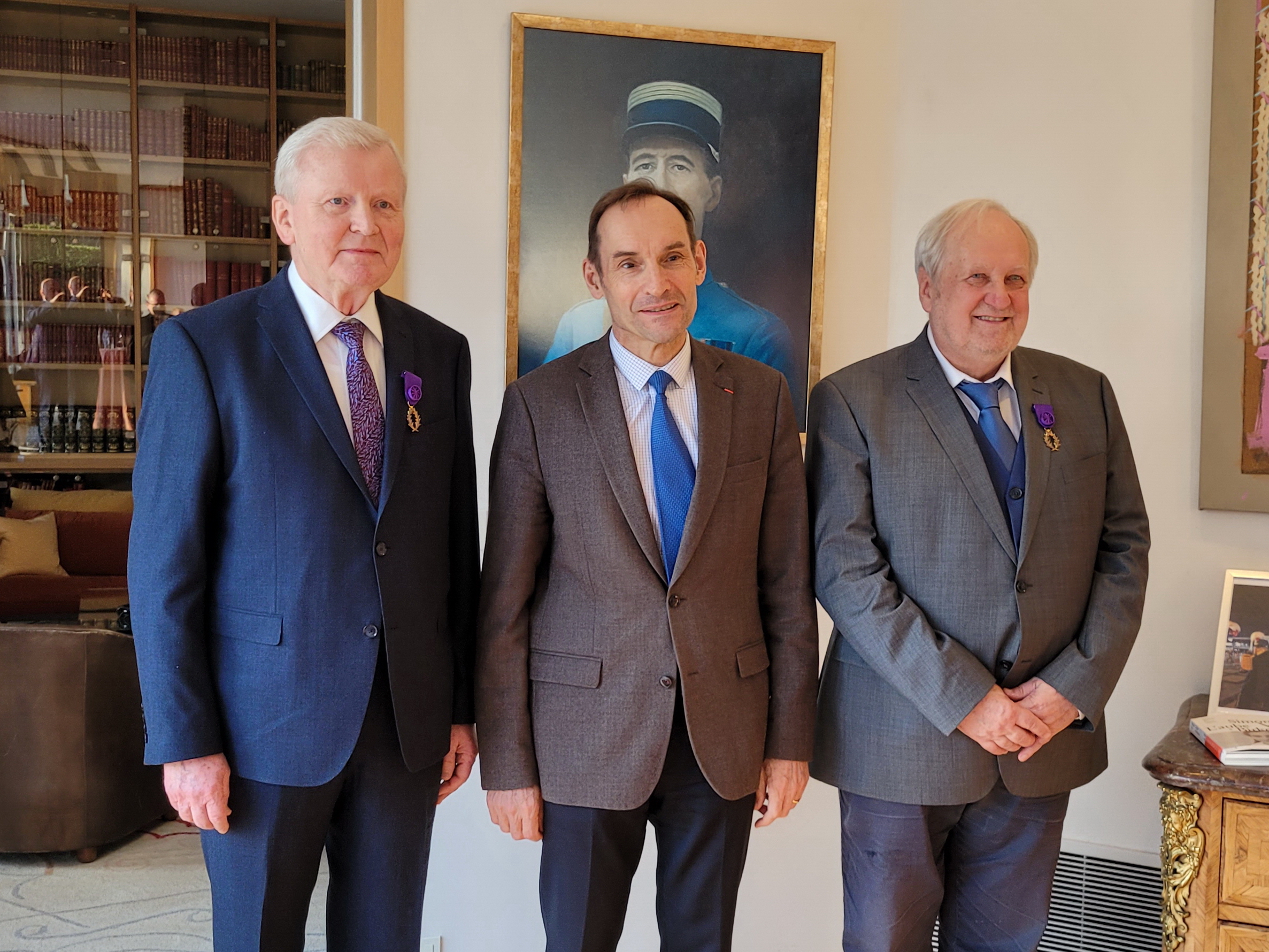 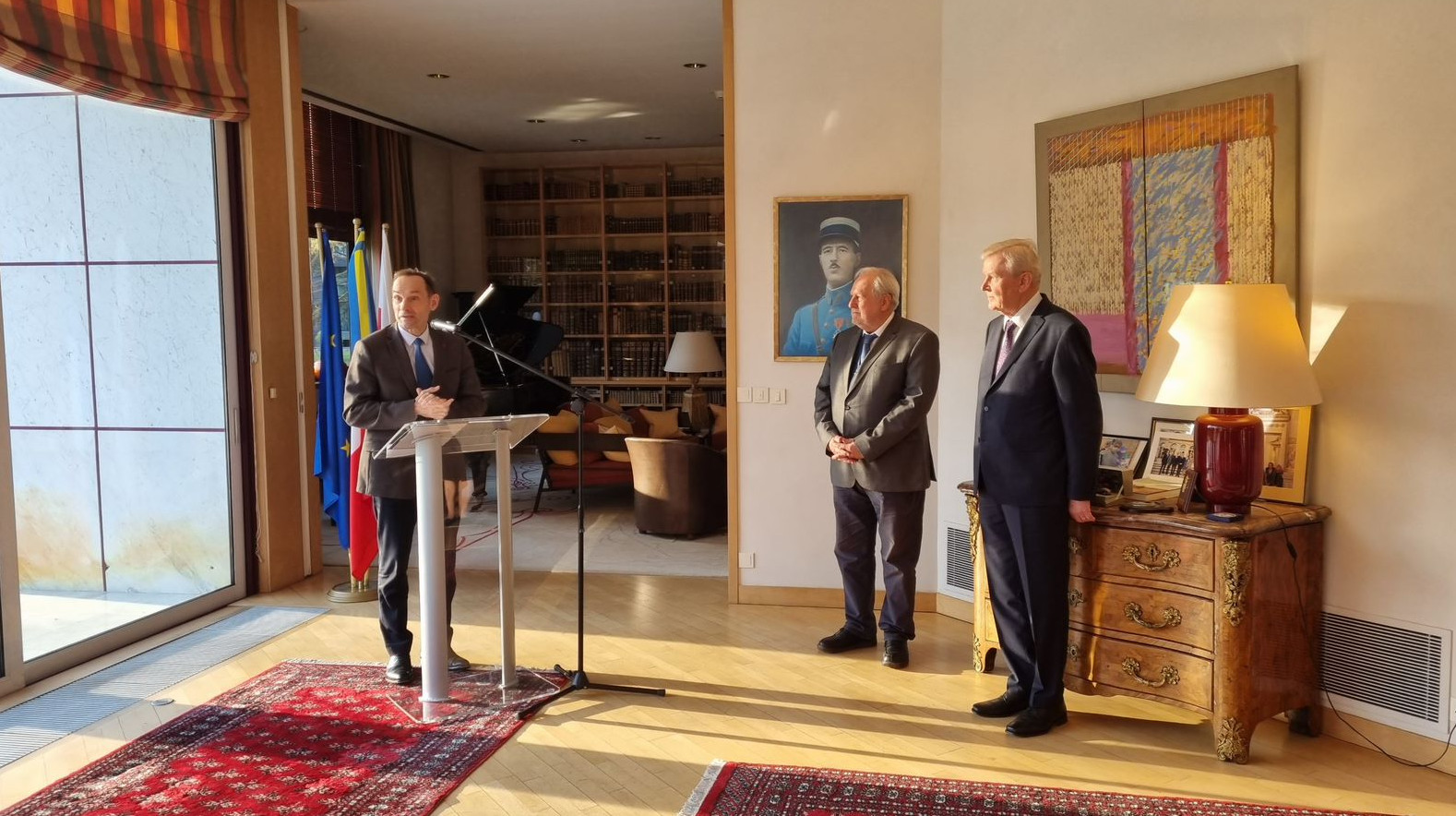